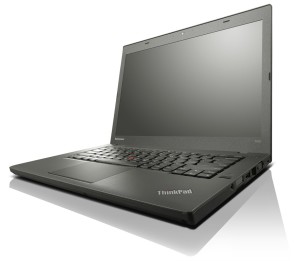 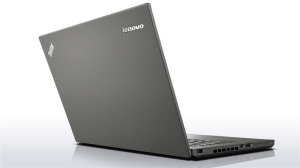 The T440 series, arguably the best selling laptop/notebook in the 14″ range comes in a variety of sizes.

The T440 comes in 3 sizes/product lines – from the top down they have/share almost identical footprints. The variance lies in the height of the unit and the performance.

T440p – Performance series – The heaviest of the T series range – better airflow and larger heat sinks means Quad core processors and Dedicated graphics cards. Unlike the other T series – memory is expandable to 16GB  (2x 8gb), Standard 2.5″ hard disk (up to 9mm) which makes it a dream to change to SSD if you need that. 2.5cm high, 2.1kg

This is our highest selling Thinkpad. Ideal for virtualization, software development, engineering, scientific and environments requiring a lot of processing power, It also has a DVD-RW which can be removed and a caddy inserted with another hard disk for extra storage. This unit also exists in a 15.6″ version – the T540P.

Most of the models feature Full HD (1920×1080), Matt screens which are very viewable when working outside. Backlit keyboards mean easy visibility on planes etc.

All have full size Ethernet, VGA (for projectors) and at least 3-4 USB ports. which is really useful if you are on the road, need to plug into a customer  projector (or in an office somewhere) and are unsure if the projector needs HDMI etc… the most universal projector interface is still VGA.

A few people have complained about the touchpad (which has no buttons and is common accross the whole range), but after a few minutes of  playing around, it works and apparently popular as most other manufactures (HP and Toshiba) are looking at the same no buttons touchpads that Apple users are used to. Myself, i like buttons but it is what it is.

Typically, most of our customers buy them in standard configurations but almost always upgrade to 256GB or 512GB SSD drives which really make these units FLY! 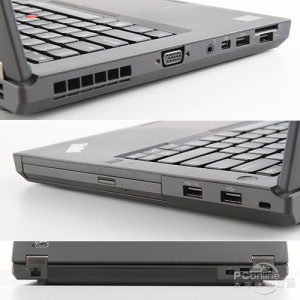